Skip to content
Previous Next
Do You Really Know Your Customer?

Do You Really Know Your Customer?

We encourage all businesses to look at ways to connect with their customers, employees, partners and their biggest fans at a deeper level. Creating relationships that last a lifetime move people to action and allow you to lead with your business.

This is a synopsis from an episode of the Thrive!cast series of panel discussions hosted by Conscious Branding. Each episode focuses on a new topic and brings in experts to discuss, explore, answer questions and inspire action. For more information, go to thrive.consciousbranding.com/courses/thrivecast-for-small-business-series/. 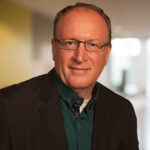 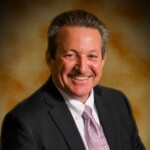 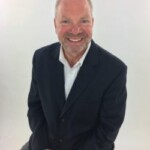 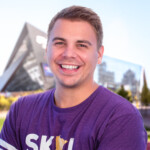 What Makes a Successful Business Relationship?

“My biggest word that we try to start every relationship with and everything is going to be ‘trust,’” said Ben Theis, “building trust with a potential client or a current client, so that they know that you have their best interests at heart. I feel like every salesperson always says, I put myself in your shoes and things like that, but especially in today’s world . . . I think people are very smart, both consumers and clients and business partners, and they see through nonauthenticity. And so I think that building trust with them, being authentic with it, but we don’t have to be perfect.”

Alan Wallner agreed and added, “A good way to build trust is through that authenticity. And it’s so important because people can tell if you are not being authentic. I know it’s a little different through communications such as Zoom, but people can pick up on it. If you’re a little uneasy, I don’t know if it’s inflections in your voice or maybe there’s some body language it still comes through, but being authentic is key.”

“I’ll add on to that, that we want to create a safe environment with our prospects to exchange information and opinions,” said Scott Plum. “And in order to do that, we need to ask questions that are relevant to what a prospect’s goals are, what they want to accomplish. And when we ask questions and we learn about their values and their beliefs, it makes it easier for us to have a relevant conversation about what’s most important to the prospect.”

“I really focus on mutual respect, added Dave Priddy. “Having that respect and making sure that that understanding goes both ways. I think you covered a lot of the things and when listening. . .it’s not just listening. It’s active listening. It’s not listening to respond. It’s listening to understand. Because that’s the thing that I see. I’ve led sales teams for a long time and there’s an awful lot of people that they’re listening only so that they can pounce on the next piece of information. So it’s really important, that ability to communicate.”

Make it About the Customer

“One thing we need to keep in mind when we’re working with a new prospect; some of the symptoms that they share with us, is to be able to identify what their goal is, listen to the symptoms,” said Ben. “And not to be assumptive that they want to change. We need to find out what their motivation is to change. . . . We’re really focusing on the motivation for somebody to move emotionally and people are going to buy for their reasons, not ours, as much as we think that that’s true. It’s not the case. And sometimes if the prospect brings us the solution that they think they need, it could be creating a bigger problem because we didn’t do a good enough job of qualifying the solution before they decided to buy it. We think it’s a slam dunk and we ended up creating a bigger problem because there’s certain things that we didn’t know about before we prescribe a solution that creates a bigger problem.”

“And from the marketing perspective, we don’t make ourselves the hero,” said Alan. “The client is the hero. Your customer should be the hero and you’re the guide to help them get there.”

“Exactly,” added Scott. “If I could just add one more thing: when we’re having a sense of, I need to educate my prospects. Don’t. Every salesperson seems to have that mentality. And here’s another thing to keep in mind, we want to educate to influence, not educate to teach. When they become a customer and a client, then we work on the fulfillment of sharing our knowledge with them, giving them our expertise, not withholding anything, because we really want them to make a commitment to working with us. If we get into a situation where we’re offering a lot of advice, we’re not getting paid for it, that’s called unpaid consulting. And then are we really earning the respect of the prospect to buy from us? Not really because we continue to give our information away for free. I think we should be paid for information and our knowledge. That’s how we earn a living.”

“There was a book that came out a number of years ago, the ‘Challenger Sales Model,’” said Dave, “and it’s identifying what is the problem there, but it’s not necessarily telling, ‘Here’s your problem, let me fix it.’ It’s asking questions. It’s saying, here’s what I see from my view. What do you see?”

How to Understand the Customer’s Personality

“Dale Carnegie talks how to win friends and influence people. And a lot of times that has a lot to do with listening and active listening,” said Dave. “But the system that I use is called BANK and it’s an acronym and it’s very similar to other psychological profiles.”

“It’s all about people,” said Alan. So we have to really take a look at that. And I really like how it’s understanding how they want to be treated; sort of the personality types. It’s more based on their values. You can really connect at a deeper level with them. It’s not surface, it’s more authentic. And you can have a better conversation with people.”

Ben added, “Internally and externally, we’ve used DiSC as well as ‘The Five Love Languages’ to understand a little bit. We’ve all probably done a version of several of them and they all come down to, they’re really trying to get at the same thing, which is how do we deliver the message that we have, communicated to that individual? Because, at the end of the day, the delivery system is usually more or less what we’re talking about. Asking questions gives me more and more experience with just being cognizant.”

“I’ve got a couple of points,” said Scott. “And one point is addressed today with the BANK system and asking people to fill out an online survey as to what is our personality style. And I think some people may be guarded on really sharing that because it’s almost a key of being manipulated. And if people feel like their guard is down and the decision-making process is disclosed and they feel vulnerable, they may feel manipulated by the salesperson taking advantage of them. . . .

“I think an important point to make, and it is communication style, personal style, a behavioral style, a preference. And we have our preferences and I think we need to know what our preferences are and we need to concentrate on our strengths and manage our weaknesses. Because we can’t control all scenarios. We may be a person that likes to read something, but if we’re in an event and there’s nothing to read, we have to rely auditorily. So we need to concentrate on listening more, even though it might not be a strength, we want to read it, or maybe we’re more statics or we’re basing more of our actions on how we feel and the connection with another person.”

ATTENDEE QUESTION: Would someone’s personality, classification or assessment really change during a crisis? Would it be temporary or is this clarity on who they really were all along?

“First of all, when I look at the blueprint action, nurturing, knowledge, everybody is made up of all four,” answered Dave. “Some people are really high in some, some are really high in all of them, but under stress in a lot of times, what I’ve found is that you go to that third code because it tends to just be the stress code. . .. There’s some people that emphasize more, they pull out more of one aspect with their families and their friends and in business.”

Ben added, “We’re always changing. I do think that in most circumstances, stress is usually a temporary type of thing. . . . If we’re specifically talking about COVID, that’s potentially a different type of situation or a circumstance. You’re talking catastrophic life events that happen to people that can definitely change people. We’ve all probably known people that have gone through things that have been catastrophic that changed them.”

“I’m going to cover three points when it comes to the DiSC assessment,” said Scott. “there’s two types of results. There’s the natural and they’re adaptive. So when we’re seeing a large variation with our DiSC in certain areas, we’re going to encounter a lot of stress because we have to adapt so much between our natural ability to our workability. The second thing that I like to add is when it gets into stressful situations with other people, we need to ask ourselves, what is it that we want? What do we want for the other person? And then what do we want for the relationship? So we need to be able to answer those three questions. And then the last is everything that we do is built on our motivation of self-interest.”

All Thrive!cast episodes focus on leading business owners to discover ways to create success for them and their businesses in this bold new world.

To hear more from the panelists on this and other Thrive!cast episodes, click below.

Any cookies that may not be particularly necessary for the website to function and are used specifically to collect user personal data via analytics, ads, and other embedded contents are termed as non-necessary cookies. It is mandatory to procure user consent prior to running these cookies on your website.